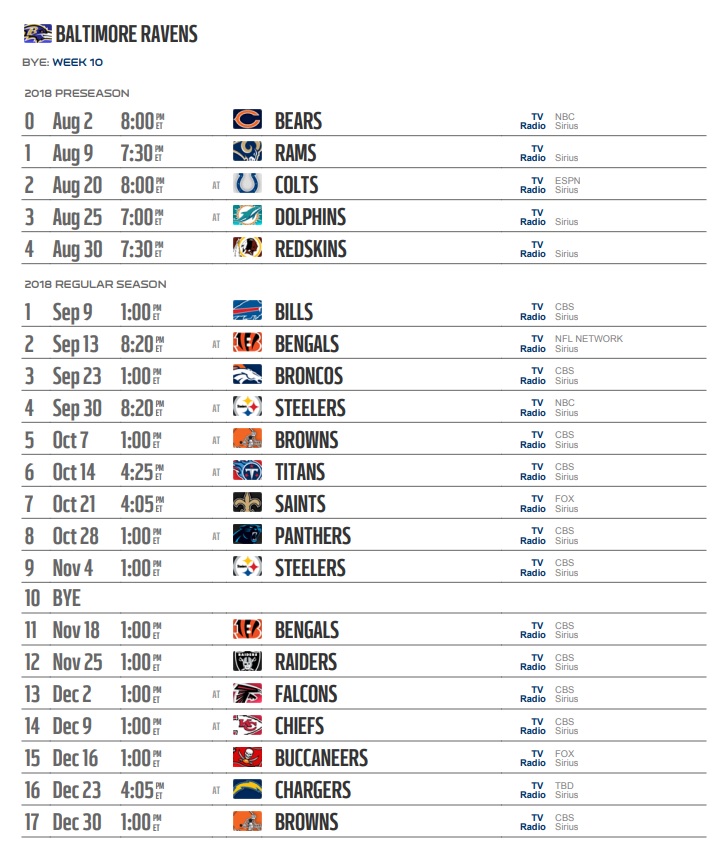 NFL 2018 Preseason Schedule and Regular Season is given on the NFL 2018 Schedule section.